Tensions between Telstra and Government increase

Telstra’s latest attempt at trying to patch things up with the government seem to have been deployed in a typical Telstra way: Incorrectly.

Telstra released a letter to shareholders which is full of misinformation. The letter tries to influence the voters who are also shareholders to vote at the election in a manner that is to remove the current government.

The tactics by Telstra are all based on its approach, there is no loser for them. FTTN is coming, they know it. If the current government won’t give in to their demands, they’ll push them on the brink of the election being called so to severely influence decision. What have they got to lose either way (aside from customers and the value rapidly destroyed in the brand name)?

Well, they could end up in several different ways..

The actions Telstra take now have actions and reactions.

Well, let’s see. Telstra attack the governments on both sides to the point where they decide structural seperation will almost definitely sort all problems..
.. Telstra fear ending up like that poor payphone.

They’ll only get so far with constant whinging. Personally, I think they’ll get ignored for the most part. Telstra letters to shareholders will almost certainly be thrown out like typical Telstra marketing, and shareholders won’t care.

And those that do read it, and do know what they are doing will realise that in supporting that, they’ll be cutting their own throats by pushing prices up, or denying themselves of CDMA services, or whatever the case might be.

Essentially Telstra won’t be able to produce a interest significant enough to dint any percentage on the votes on telecommunications.

Many are concerned about more PRESSING issues than Telstra, who is a whinging baby, and can be seen for little more than that as a result of Phil’s loud mouth- which has shut up recently, or the media are ignoring him, either way, someone learnt, or copped a brick to the head. They’ve whinged so much that the whinging is just meaningless now.

People do realise Telstra aren’t going to get anywhere, heck, even the government the crap was supposed to target saw right through it and believe it will have nil effect on the outcome (people want education, health, schools, employment, lower taxes.. no more Telstra, all important issues).

Telstra might shut up after the election, which still online seems to be flowing in Labor’s way.

What I’ll vote for?
So far, whoever will sort idiots like this out, who have 0 disregard for speeding laws:
Whirlpool ItN forum (need to be a member):Whirlpool Link
And also the news.com.au article (no membership needed): SMH 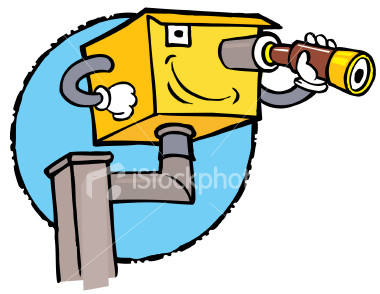 Such idiots should never have been relicensed to start with, I don’t care he has a mortgage, job and kids. Should have thought about that before he put the rest of the users of the road in danger. His disregard to me points out that he might as well as not have kids, because clearly his attitude isn’t one of which favours coming home off a hard day delivering items as a professional driver to a family, or even at all.

One would assume a 54 year old would have half the sense not to speed like a wank. Even after losing the license once.

I’m still in the progress of getting off my L’s and whilst it was much easier back 54 years ago, it is still no excuse to abuse that privilege the way he has continually done.

I’m all for support of unsigned speed cameras. Add an element of the unknown fear to these idiots, because they don’t value their kids, mortgage, jobs or life – otherwise they’d have at least some regard for the speeding laws set out.

In other, completely legal news, Seven and Unwired are getting closer together. The share price of Unwired rose to 51c at some point, 1c more than what Seven’s peak offer is.. Now, all they do need is a better offer to compete harder between Seven and another company, and those shareholders will do better than Telstra shares for some time!!